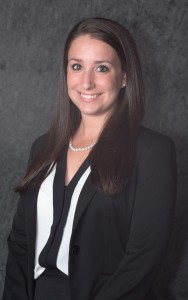 Recently, a New Jersey Superior Court Judge ruled, in Plotnick v. DeLuccia, that a putative father has no right to be notified when an expectant mother goes into labor, nor can the father be present in the delivery room without the mother’s approval.   This issue is one of first impression in the entire country.  A woman’s right to privacy and the right to control her own body, granted in large part by the infamous case of Roe v. Wade, 410 U.S. 113 (1973), was the basis of the Judge’s ruling.  “It would create practical concerns where the father’s unwelcomed presence could cause additional stress on the mother and child,” the Judge wrote in his opinion.  “Moreover, such a finding would also lead to a slippery slope where the mother’s interest could be subjugated to that of the father’s.”

The Judge also denied the putative father’s request to sign the birth certificate the day of the birth, to give the child his last name, as well as establish a parenting plan/timesharing arrangement with the child.  Maintaining that these requests by the putative father were not yet ripe for consideration, the Judge found the requests inappropriate due to the mother’s lack of consent to same.

Litigation in Florida between unmarried parents is prominent, and this New Jersey ruling sheds light on how a Florida judge may rule in a similar situation.  While many may believe that an unwed mother and putative father have similar rights to their unborn child, the contrary is actually true.

*Associate Amanda M. Brill is a member of both the Florida and the New Jersey Bars.